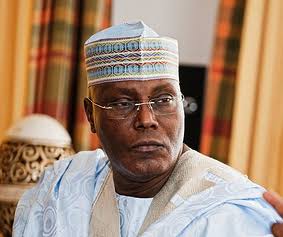 Former Vice-President Atiku Abubakar says he has not ruled out the possibility of holding talks with his former boss, President Olusegun Obasanjo, in pursuit of his political ambition.

Atiku’s Media Adviser, Mazi Paul Ibe, stated this on behalf of his principal during a telephone interview with one of our correspondents in Abuja on Sunday.

Ibe explained that Atiku, a master of consensus building, would not discountenance the importance of carrying everyone along.

He spoke in reaction to the advice given by former President Goodluck Jonathan.

Jonathan had, in an interview, described ex-President Olusegun Obasanjo as “the boss of bosses.”  He had advised the former vice-president to reconcile with Obasanjo in order realize his political ambition.

Ibe said, “His Excellency, former Vice-President Atiku Abubakar, is a savvy politician and he will not discountenance the importance of carrying everybody along in order to build a consensus.”

It was gathered on Sunday that Atiku had been meeting with leaders of the PDP.

The News Agency of Nigeria reported on Sunday that the former number two citizen had met with members Adamawa PDP executive at all levels, as well as state chairmen from the six states that made up the North-East.