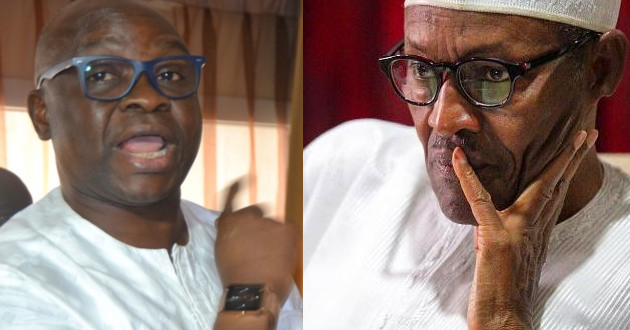 PRESIDENT BUHARI DESERVES REST AND SHOULD BE ALLOWED – FAYOSE

Ekiti State Governor, Ayodele Fayose, has said politicians should allow President Muhammadu Buhari to enjoy his rest and stop disturbing him with needless visits.
He also said he remained a committed member of the Peoples Democratic Party loyal to Ahmed Makarfi-led faction despite the Court of Appeal judgment recognising Alimodu Sheriff as the National Chairman.
He said, “We are not going anywhere. The matter has been appealed. In elections, three things are important: party, candidate and people. We have the people. The power of the people is greater than the machinations of the people working against us.”
The governor spoke on a live programme tagged, ‘Meet Your Governor’ aired on the state-owned Ekiti Television and Radio Stations on Saturday.
Fayose, while praying for sound health for the president, said his desire for a better Nigeria accounted for why he had been criticising the Federal Government when things were not done the right way.