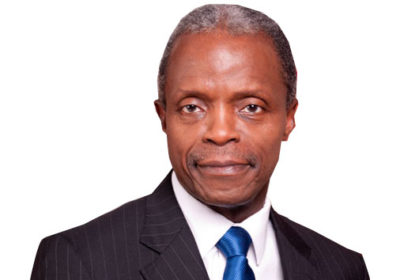 Acting President Yemi Osinbajo yesterday explained that every time the Federal Government fights corruption hard, there is a major  fight back, “because corruption in this country is wealthy, powerful and influential”.

He said there would be no sustainable growth without winning the battle against corruption.

Osinbajo said: “We commend you for taking this laudable campaign to the villa on behalf of the Nigerian people. For a democratically elected government, we must constantly report to the people and we must show that we are accountable to the people.

“That is why positions like yours have to be received properly and we must find ways to positively take action on the many demands that were raised.

“When we came on board, there were 22 states that were not paying salaries – some up to six or eight months. That was despite that oil prices were still high. President Buhari decided that salaries of workers across the states must be paid and that was what informed the first bailout.

“We were bailing out at a time we were losing 60 per cent of our revenue on account of what was going on in the Niger Delta. We later did the second bailout; the third was the Paris Club refunds.

“These are sums of monies owed to states and nobody has ever paid that sum of money,” he said

Osinbajo added: “Management of resources is critical, especially when those resources are as small as what we are witnessing today. We want to ensure that everyone is held to account. If resources were not efficiently managed, we will not be able to do even the things we are doing now because we are operating at less than 60 per cent of revenue as at 2015, today.

“If we don’t speak up against corrupt officials, who make it look as if there is a witch-hunt, then we will not succeed in the fight.

“Government needs everybody to speak up. We have a serious battle in our hands and if we don’t win that battle, this country will never get to the path of sustainable development. The major problem that this country has suffered so far is the looting of its resources. We must fight corruption hard. It is a tough one, but we must fight it.”

He added: “The government is committed to ensuring due process and rule of law.

“The President is a process-driven person that accounts for the steps he has taken so far.

“There is no gain without some pain. There is no way you will eat an omelet without breaking an egg.

“There is so much we can do with the Nigerian economy. We are going to be consulting with the labour union and civil societies on our economic recovery and growth plan, which we intend to launch this month.

“There is supposed to be a consultation on it so that we can take a look at the issues that are important, especially to labour and civil societies and we can incorporate them into the plan.”

The protesting labour movement was led by Wabba and Bobboi Kaigama of Trade Union Congress (TUC).

Wabba, who spoke on behalf of the 18 union leaders, said labour was concerned about good governance and corruption.