Breaking News
Home / All News / Lai: Buhari has become a victim of transparency 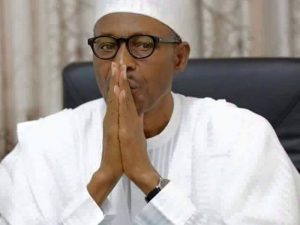 Lai: Buhari has become a victim of transparency

Lai Mohammed, minister of information and culture, says President Muhammadu Buhari has become a victim of his own transparency.

Reacting to reports over Buhari’s UK vacation, Mohammed said some people go for medical checkups without disclosing it, but Buhari decided to be transparent by saying he would undergo some medical tests during his vacation.

Mohammed insisted that Buhari is hale and hearty, and dismissed reports that he is in the hospital.

He was speaking with state house correspondents after the federal executive council meeting.

“I can say it without any equivocation, Mr President is well, he is hale and he is hearty; no question about that,” he said.

“I want to assure you Mr President is well and he is in absolutely no danger.

“Mr. President, like I said elsewhere, is probably a victim of his own transparency. He was going on leave, he did what the constitution said he should do, transmitted it to the national assembly and Acting President was put in place.

“And he said ‘while I am on leave, I am going to conduct some medical tests’ which many, or all of us do without announcing it.”

Mohammed said it was surprising that Buhari was pronounced dead by some people, less than six hours after he arrived in London.

He said even those, who saw the president board the aircraft in Abuja en route London, claimed that he was flown to that country via an air ambulance.

The minister said the acting president had been speaking with Buhari on a daily basis.

“I can assure you that the president is well he is hale and hearty and there is absolutely no cause for concern,” he said.

Responding to the demand that the ministry of information be releasing hourly bulletins on the president’s health condition, Mohammed said there was no need for that.

“Mr President is not ill, he is not in hospital and there is no reason to give anybody any bulletin about his health, pure and simple,” he said.

The minister said all organs of government were going about their normal duties across the country.