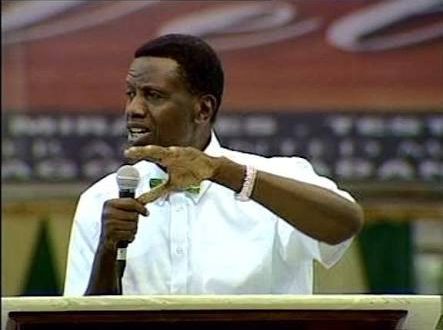 Goliaths will fall in 2018, says Adeboye

This was just as the General Overseer of the Mountain of Fire and Miracles, Dr. Daniel Olukoya, predicted that 2018 would be a year of political confusion in Nigeria.

These were part of the prophesies which the clerics reeled out during the New Year eve watch night services in their respective churches.

Adeboye preached on Sunday night at the RCCG’s Redemption Camp, while Olukoya preached at the MFM’s Prayer City, both along the Lagos-Ibadan Expressway.

Adeboye, whose sermon centred on “Enforcing your Victory,” however, did not elaborate on the proverbial goliaths that would fall in 2018, saying, “I have to put it carefully so I am not misunderstood.”

He warned citizens not to put their trust in government, saying, “Many people will wake up to realise that their future is not in the hand of any government and as a result a lot of lost ground will be reclaimed.”

He added that “erstwhile stubborn mountains will move; while saboteurs who pretend to be friends will be disgraced and displaced.”

Adeboye also predicted that there would be less fire outbreaks around the world in 2018 but more cases of flooding.

He said though there would be misunderstandings amongst nations, they would not result into wars.

“There is need for prayers against assassination attempts globally,” he added.