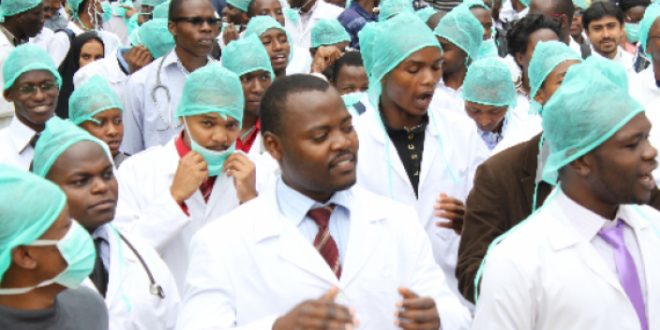 The Secretary to the Government of the Federation (SGF), Babachir David Lawal, on Tuesday appealed to medical doctors in government payroll to desist from using strike actions to seek improved working conditions.

Lawal said such industrial actions may cause the doctors to lose public sympathy due to several avoidable deaths that accompanied such strikes.

He also assured that the federal government within the limited resources is desirous of improving the working environment of government medical institutions, saying gradual improvements will soon be seen in hospitals across the country.

The SGF spoke while receiving the executives of the National Association of Resident Doctors of Nigeria (NARD) in Abuja.

Lawal, in a statement issued by the Director (Press) in the Office of the SGF, Bolaji Adebiyi, also said doctors in Federal Medical Centre, Owerri, are not being victimized.

He said the doctors’ demand for the Chief Medical Director’s sack was abnormal since they don’t have the authority to make such decision.

“The doctors should have made their grievances known to the government for action,” he said.

The challenges, he said, included poor funding of hospitals, lack of critical equipment, the issue of improved salary structure, pension matters and the plight of their colleagues in Federal Medical Center, Owerri.