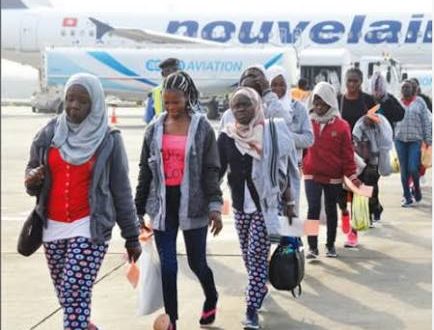 The Federal Government has said it was exploring the possibility of sending an aircraft to bring back Nigerians who were stranded in Libya, some of whom were said to be victims of trafficking.

The Ministry of Foreign Affairs said it is liaising with the Nigerian Mission in Tripoli to ascertain the veracity of a video clip showing some people, including Nigerians being auctioned off in the Arab nation.

The ministry spokesman, Tiwatope Elias-Fatile, in a statement on Monday in Abuja explained that Nigerian mission officials had met with the Libyan officials over the video, adding that they were assured that the perpetrators of the act would be brought to justice.

He said, “It is apt to add that our mission in Tripoli has been addressing the problems associated with Nigerian migrants in Libya.

“There were instances when the mission received appeals for intervention from some Nigerian families whose children and relations were victims of inhumane acts in that country.

“The government is also exploring the feasibility of sending aircraft to evacuate Nigerians who are stranded in Libya.”