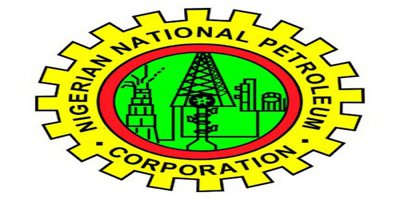 Whistle-blowing is yielding bountiful fruits, with the Federal Government recovering about  $136,676,600.51 from a fictitious account. The unnamed owner of the account is suspected to be a public officer.

The suspect is believed to be a front for laundering slush funds, The Nation learnt yesterday.

Two others voluntarily refunded $15million, N7billion and N1billion after some whistle-blowers exposed the huge deposits in their accounts.

The deposits are suspected to be proceeds of crime.

Asked of what will become of the three suspects, the source added: “Only the AGF can clarify the next step in line with the law and the policy on whistle-blowing.”

A statement by the Minister of Information and Culture, Alhaji Lai Mohammed, said the “whistle-blower policy has started yielding fruit as it has so far led to the recovery of US$151 million and N8billion in looted funds”.

The minister said: “The looted funds, which do not include the $9.2 million in cash allegedly owned by a former Group Managing Director of the NNPC (which was also a dividend of the whistle-blower policy), were recovered from just three sources through whistle-blowers who gave actionable information to the office of the Minister of Justice and Attorney-General of the Federation.

“The biggest amount of $136,676,600.51 was recovered from an account in a commercial bank, where the money was kept under an apparently fake account name, followed by N7billion  and $15million from another person and  N1billion  from yet another.

‘’When we told Nigerians that there was a primitive and mindless looting of the national treasury under the last Administration, some people called us liars.

“Well, the whistle-blower policy is barely two months old and Nigerians have started feeling its impact, seeing how a few people squirreled away public funds.

“It is doubtful if any economy in the world will not feel the impact of such mind-boggling looting of the treasury as was experienced in Nigeria.

‘’Yet whatever has been recovered so far, including the $9.8million by the EFCC, is just a tip of the iceberg.”

Mohammed urged Nigerians with information on looted funds to continue to provide the authorities with such information.

He said  confidentiality will be maintained with regards to the source of the information.

The minister also reminded Nigerians of the financial reward aspect of the policy.

‘’If there is a voluntary return of stolen or concealed public funds or assets on the account of the information provided, the whistle blower may be entitled to anywhere between 2.5% (Minimum) and 5.0% (Maximum) of the total amount recovered,’’ Mohammed said.