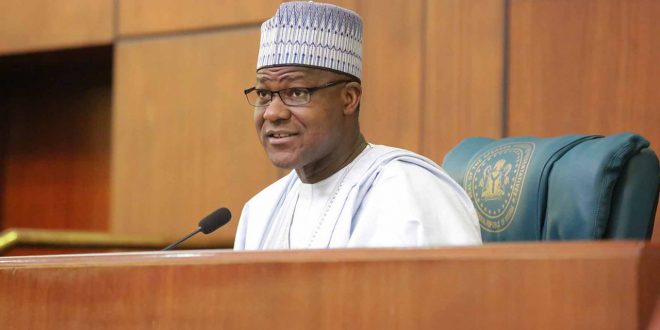 The Speaker of the House of Representatives, Yakubu Dogara, on Wednesday said apathy by the Executive to the resolutions of the National Assembly was not encouraging.

He asked the Executive to see the Legislature as partners and implement the decisions of the lawmakers.

He, however, said the government of the All Progressives Congress (APC) has not failed Nigerians.

The Speaker, who made the observations at an interactive session with newsmen in Abuja, also debunked insinuations that he was on political exile in the Federal Capital Territory because of a face-off with the Governor of Bauchi State, Mohammed Abdullahi Abubakar.

Dogara said the disagreement with the governor was not personal but based on the fact that the governor has not lived up to his electoral promises.

“So it’s something we are aware of and doing everything possible to ensure that there is more compliance with the resolutions of the National Assembly through the instrumentality of that Committee.