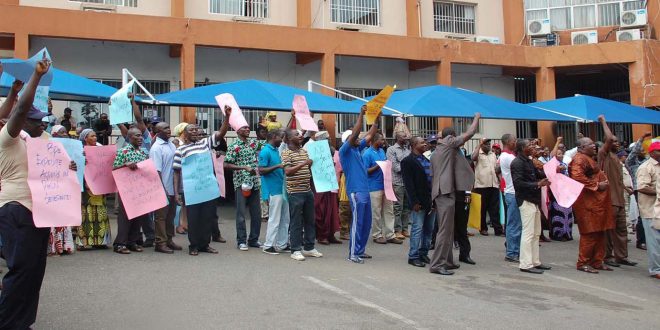 Beneficiaries of the N-power programme, an initiative of the Federal Government aimed at reducing unemployment in Edo State have staged a protest over the non-payment of their stipends.

The protesters, who were drawn from Egor and Uhunmwode Local Government Areas of the state, alleged that they had been deprived of the N30,000 stipend for the months of December and January.