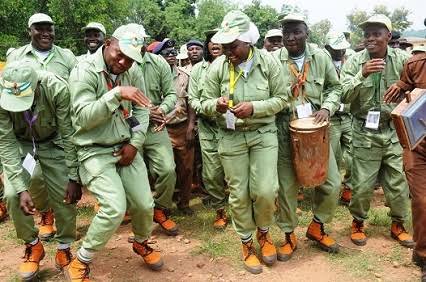 About 3,000 members of the 2016/2017 Batch ‘B’ Stream 1 youth corps members and their counterparts in stream II, all of whom are serving in Nasarawa State on Monday staged a protest over the non-payment of their 11-month state allowances promised by the state government.

The protest, which began at 10am, started from NYSC state secretariat along Kwandere Road, Lafia East development area of the state, to Shendam Road, Lafia, and it terminated at the entrance gate of the Government House, Lafia, at about 12 noon.

It was learnt that a list containing the names of Batch ‘B’ corps members was allegedly
submitted by NYSC management in the state to officials of the state Ministry of Education for confirmation and onward submission to the Ministry of Finance, but the list was allegedly rejected.

A reliable source said the Ministry of Education initially rejected the list, claiming workers were on strike; but after the strike action, the ministry rejected the list again, thereby leaving Batch ‘B’ corps members unpaid.

Addressing the aggrieved corps members at the state City Hall shortly after the protest, the state coordinator of NYSC, Mrs. Zainab Isah, said the commissioner of education, Mr. Aliyu Tijani, was to blame, adding that the management of NYSC sent the list of the affected corps members on time, but the commissioner advised the NYSC management to hold on, as the ministry was yet to finish the payment of Batch ‘A’ Stream 1.

Zainab, who maintained her innocence, condemned the development, adding that officials of the state ministry of education wanted to pay cash, instead of crediting the bank accounts of the corps members directly.