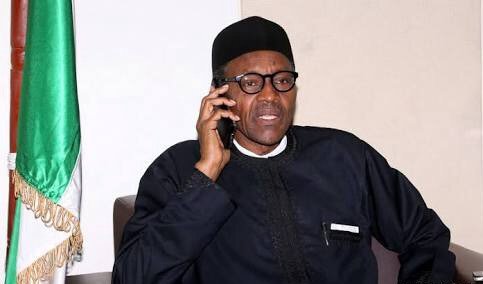 President Muhammadu Buhari has ordered the redeployment of officers and men of the Army serving as his bodyguards in the Presidential Villa, Abuja.

Many of them were brought in in the wake of this administration.

They have been replaced with officials of the Department of State Services (DSS).

It was gathered that the approval for the removal of the soldiers was given by Buhari shortly before he left for  London.

Both the former Chief Security Officer (CSO), Abdulraman Mani and the President’s Aide de Camp (ADC), Colonel Lawal Abubakar, have been fighting over which agencies should protect the President.

While Mani insisted on allowing men and officers of the DSS to protect the President, the ADC was rooting for soldiers. The battle led to the removal of the former CSO by President Buhari.

Mani, in a memo dated Friday, June 26, 2015 , wrote:  “In fact, the issues raised in the aforementioned (ADC’s) circular tend to suggest that the author may have ventured into a not-too-familiar terrain.

“The extant practice, the world over, is that VIP protection, which is a specialised field, is usually handled by the Secret Service, under whatever nomenclature.

“They usually constitute the inner core security ring around every principal. The Police and the military by training and mandate are often required to provide secondary and tertiary security cordons around venues and routes.

“However, all other security agencies, including the army, the police and others, also have their roles to play. It is on this note that heads of all security agencies currently in the Presidential Villa and their subordinates are enjoined to key into the existing command and control structure. They are to work in harmony with each other in full and strict compliance with the demands of their statutorily prescribed responsibilities.”

It was learnt officials of the DSS have taken positions previously manned by the soldiers.

Previous Nigeria gets 2.1m euros EU grant on small arms
Next EFCC to judge: don’t disqualify yourself in Fani-Kayode’s trial