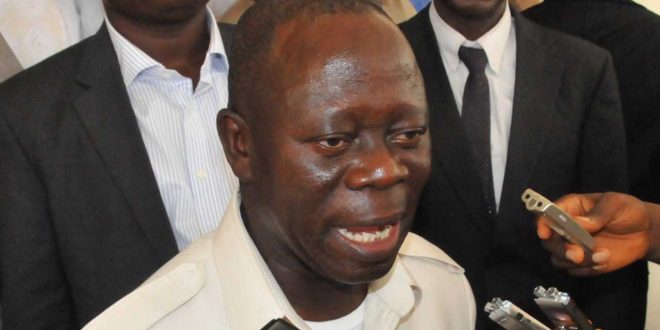 A former governor of Edo State, Adams Oshiomhole, on Saturday criticised those saying President Muhammadu Buhari, who is on vacation in the United Kingdom, has died.

Oshiomhole, who spoke to journalists at his hometown in Iyamho, Estako-West Local Government Area, shortly after voting during Saturday’s House of Representatives by-election for Etsako federal constituency, noted that the dust generated by the vacation was unnecessary.