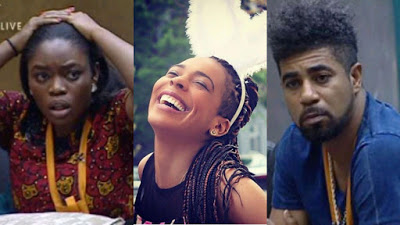 BBN… TTT Has a Child” – Tboss finally breaks it to Bisola

Sooner or later, the truth about TTT would have been broken to Bisola, but we all thought it would be through someone else except the much maligned Tboss.

This morning Tboss revealed to Bisola what pretty much everyone else knows already – that ex housemate, ThinTallTony has a child.

Despite all TTT did with Tboss in the house, Bisola still seem to not have forgotten about him. Tboss said during their conversation this morning; ” I actually heard a few times in the House that he has a child”.