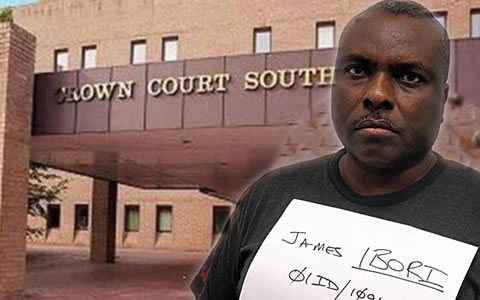 Ancient Asaba town and its environs were literally paralysed on Wednesday in jubilation, following news of the release of ex-Governor of Delta State, James Onanefe Ibori.

The news of his release from London prison where he had served 10-year jail term for money laundering and other offences filtered into Asaba and its environs in the early hours.

Various Quarters’ residents, especially Asaba youths, rolled out their drums to celebrate the man they described as “Odidigborigbo.”

Security agents and the popular Ogbeogonogo Market Women were not left out in the jubilation.

The State Attorney-General and Commissioner for Justice, Barr. Peter Mrakpor, who spoke to journalists in Asaba, described Ibori’s release as a welcome development; adding that his contributions to nation building cannot be overemphasised.

“I’m particularly grateful and hope that the Federal Government would grant him state pardon,” Egodike said.

One of the market women, Mrs. Esther Nnamdi who spoke to our correspondent said: “We are grateful to God for his mercies. Ibori is a man and a great man, we are very happy for him”.

In Government House and offices, civil servants and government appointees told stories of how Ibori developed the state.

Palmer Osakwe, a civil servant, told our reporter, “Ibori is a great man; he developed the state. Indeed, we want him pardoned by the Federal Government.”

A lawyer in Asaba, Barr. Lawrence Egodike, also appealed to Federal Government to grant the former governor state pardon, adding that the ex-governor contributed immensely to the development of the state.