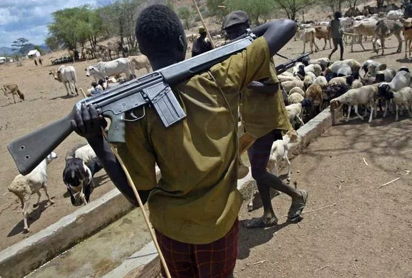 ABOUT 10 people have been allegedly killed in Obio Usiere in Eniong Abatim, Odukapni local government area of Cross River State by Fulani herdsmen.

Last week Tuesday, one Etim Okon and another unidentified person were said to have been killed in the area by the herdsmen. The Tribune Online, however, gathered that eight more people were killed at the weekend bringing the death toll to 10.

Narrating the sad incident to newsmen on Saturday, Village Head of Obio Usiere community, Apostle Iya Effiong Orok said it was discovered that eight more persons were killed during the renewed attacks by the herdsmen.

He said the two persons earlier killed as reported in some national dailies were people whose bodies were recovered immediately after the first attack.

The monarch said many residents have fled the community for fear of another attack.

“We have lost nothing less than 10 people in this attack by Fulani herdsmen. They normally come during the dry season to feed their cattle in our area, the same incident occurred last Tuesday when two people were shot dead, now its 10 people”

“As I speak with you, Obio Usiere, has been deserted, our women are afraid to go their farms because they rape them in the bush and no one can help them, these people are heavily armed and we are just helpless”

“We have reported to both Police, DSS and other security agencies and we are using this opportunity to call on Governor Ben Ayade to help us because about 3,500 people are now homeless, we have become refugees in our own land.

“It is true that some police men were sent here but the shortfall in logistics is a big challenge, we are afraid to go back to our ancestral home because we know what is happening in Enugu, Delta, Benue and we don’t like shedding blood on our land, it is a taboo for an Efik man to take up arms,” he stated.

When contacted, Police Public Relations Officer, Irene Ugbo confirmed the incident but said only one person was killed during the attack.

“Our men are on ground 24 hours and we are not aware of any other killing, the rise in the death toll has not been reported to us. As I speak with you, and we are not leaving the place, even before the incident we have been on ground,” she said.