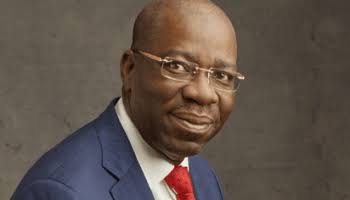 Edo State Government has assured residents of Benin City, the State Capital of its resolve to complete the construction of designated bus terminals.

The assurance was given by the Commissioner of Physical Planning and Urban Development, Hon. Edorodion Erimona, during a media chat with journalists at the Government House in Benin City.

According to the Commissioner, “the construction of the bus terminals is work in progress even as the government will make good its promise to ensure that the construction is completed in due course. This will sustain the ongoing plans to decongest parts of the state capital with heavy vehicular and human traffic.”

Erimona added that “the goal of the state government in constructing the terminals is to provide permanent solution to the congestion of the state capital. It will also aid state capital residents commute easily around the city.”

The commissioner reiterated the commitment of the state government in carrying out more projects in urban centres across the state, adding that Godwin Obaseki-led administration intends to use infrastructural projects to drive economic rejuvenation.

According to him, “the plan is to ensure that the state is not overwhelmed by people as it is a transport hub that serves as a nexus to many other states. The terminal will be spread across the state to ensure that people go through the state with less hassles.”