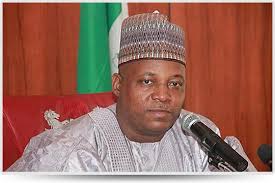 The Borno Football Association on Sunday appealed to the State Government to rescind its decision to convert the abandoned multipurpose stadium project along Kano road in Maiduguri to a market.

The Acting Commissioner of Environment, Malam Kakashehu Lawan, had recently announced the immediate conversion of the stadium to a market.

Lawan had said that the market would cater for roadside traders dislodged by the government from major roads in the state capital.